New Publication: Social Protection in Development Cooperation of the EU 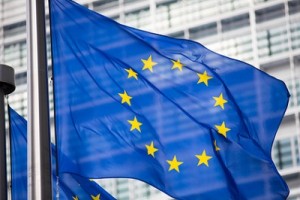 Lately social protection has made quite a spectacular comeback to the international cooperation agenda. In particular the role of social protection plays in alleviating and preventing poverty as well as creating social and economic development has now been largely recognised by international agencies, donors, governments and civil society organisations.

Based on the UN Social Protection Floor Initiative (2009), the ILO issued a Recommendation concerning social protection floors in 2012. 185 ILO member states have adopted this Recommendation, thus committing to provide basic social protection in their countries. This includes arrangements in the context of development cooperation. The Universal Declaration of Human Rights states in Article 22 in 1948: “Everyone, as a member of society, has the right to social security and is entitled to realization, through  national effort and international co-operation and in accordance with the organization and resources of each state, of the economic, social and cultural rights indispensable for his dignity and the free development of his personality.”
Moreover global impoverishment and causes of poverty require more than ever responses at social policy level with instruments and concepts that go beyond national borders. The same applies to internationally generated resources for the funding of social  security. The measures mentioned by the ILO include debt cuts or debt servicing, the adoption of a more accommodative macroeconomic framework as well as fighting illicit financial flows that amount to more than ten times the total aid received by developing  countries.

The increasing international attention that the issue of social security has gained in recent years becomes also evident in the discussions and negotiations concerning the new development agenda (post-2015 Agenda). In this context it is the opinion of Bread for  he World that the post-2015 Agenda should be implemented according to the principle of “common but differentiated responsibility”. One area, in which this responsibility can be realized, is international development cooperation.

The European Union (EU)  and its Member States are the largest donors of Official Development Assistance (ODA). Social protection instruments belong to the most important measures in the struggle to end poverty in all its dimensions around the world.

This is the context in which this paper was produced. It is intended as an illustration of “development thinking” during recent years in the EU, presenting important programmes and instruments. It may serve as the basis for both political lobbying work within the  EU as well as for practical implementation of social protection in the context of EU development cooperation.

Civil Society Call for a Global Fund for Social Protection

Over 200 civil society organizations and trade unions unite to call for a Global Fund for Social Protection to protect the most vulnerable during COVID-19 and beyond.

This initiative is implemented jointly by the ILO, Unicef, and the GCSPF.